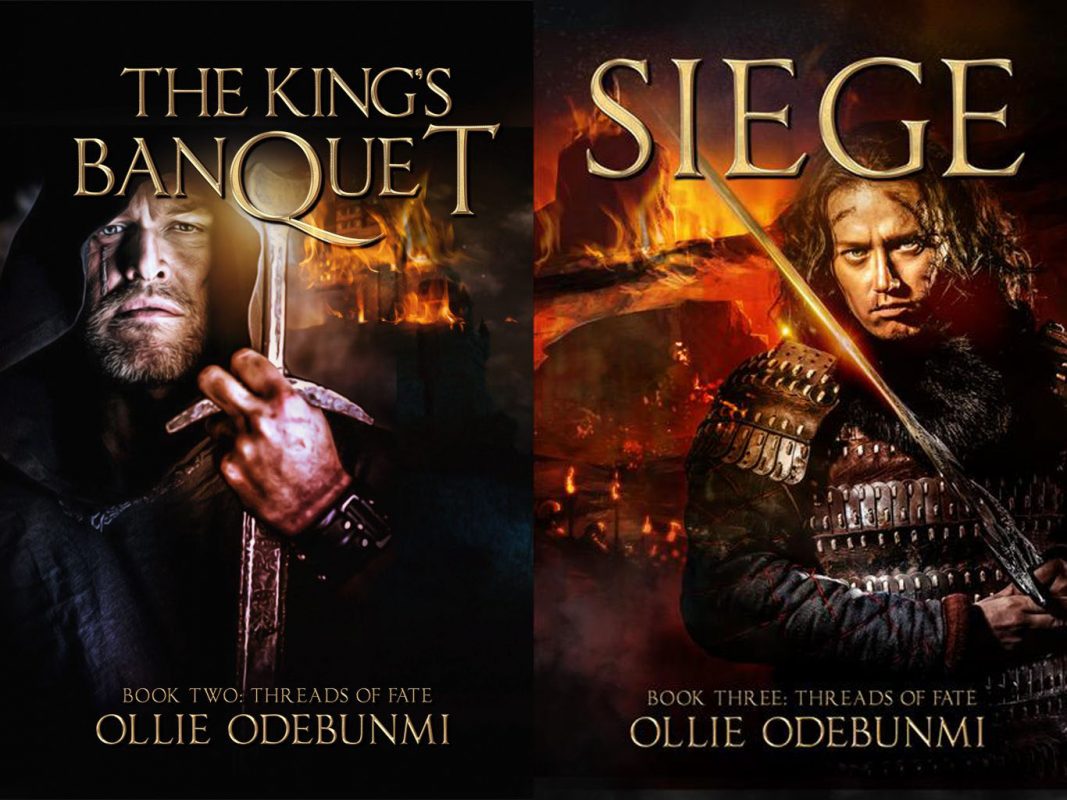 After an absence of well over a year due to the demands of the pesky day job, it’s certainly liberating to be back doing what I enjoy the most. Letting my imagination run riot and writing stories!

I have finally completed and released Books two and three of the Threads of Fate series. Book two – The King’s Banquet is a novella (short story) prequel to Verge of Darkness (book one). It features the forebears of the characters we met in Verge of Darkness, and triggers the events that meant Casca, Liang and Moon would have to face the horror of the soul eaters even though their ancestors defeated the abominations and sent them packing, a thousand years earlier.

I wanted to make the forebears completely different and believe I succeeded. Belash the Axeman and Kyung-Su of the Stormblades bear little resemblance to Moon or Liang. Perceptive readers will also notice I lifted the veil regarding Liang’s somewhat mysterious antecedents alluded to in Verge of Darkness.

Siege, the third book of the series is set six years after the events in Verge of Darkness and straddles the western and eastern continents at each end of the Vilrahel.

The soul eaters may be gone, but they still haunt Casca’s dreams as he struggles coming to terms with the loss of Pagan and Liang. To compound matters, his son Aeneas, now in his 20th year insists on going off to Chenghuan to study under the weapons master/philosopher, Xiang Tse.

Then all hell is let loose as we get to learn more about the Kovari, countless numbers of ferocious tribesmen who worship a blood god, Tusog. Thoroughly p***ed off at their harsh existence in the arid lands at the edge of the great Kovra-Sa desert, led by a prophesied war leader and a scheming sorcerer, they lay siege to the mighty fortress guarding Chenghuan’s southern border.

Chenghuan is also beset from within by internal strife, and Aeneas finds himself in a serious world of hurt. He would need deep wells of courage and some unexpected friends to survive in a land thousands of miles from his own.

We meet myriad new characters-Cheng and Kovari, and re-introduced to some old ones. And we get to learn more about Astianna, the new High Priestess of Mithros. And there are some surprises as an anguished Casca seeks a way to rescue Aeneas.

The Threads of Fate knot, drawing the various protagonists to a shattering finale. But before all’s done, many thousands will die, carrion birds will glut themselves, and a young man will stare into the eyes of madness.

A Chill Wind Blows,  the fourth book of the Threads of Fate series is set to be published on May 15th. It is my pleasure to present an extract for your perusal!  🙂 Ancient beyond belief, Hjotra, the Nordir witch-woman is immortal, but not in a manner... 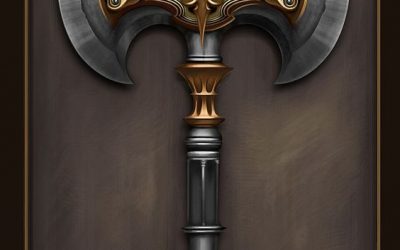 Just started work on a short story titled: The Kings' Banquet. It is set in the aftermath of the events alluded to in Verge of Darkness: The defeat and expulsion of the Gualich soul eaters by the original band of heroes. It introduces Belash the Axeman and Kyung-Su of... 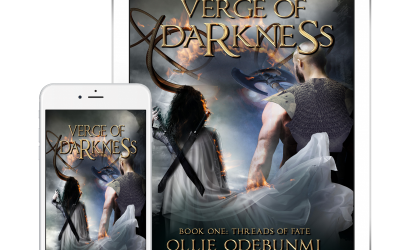 Verge of Darkness Launched on Amazon

I would like to thank everyone for their support of my first offering in the Threads of Fate series: Verge of Darkness .  The feedback has been overwhelming and I am deeply touched. Thank you.

for news and updates

You have Successfully Subscribed!